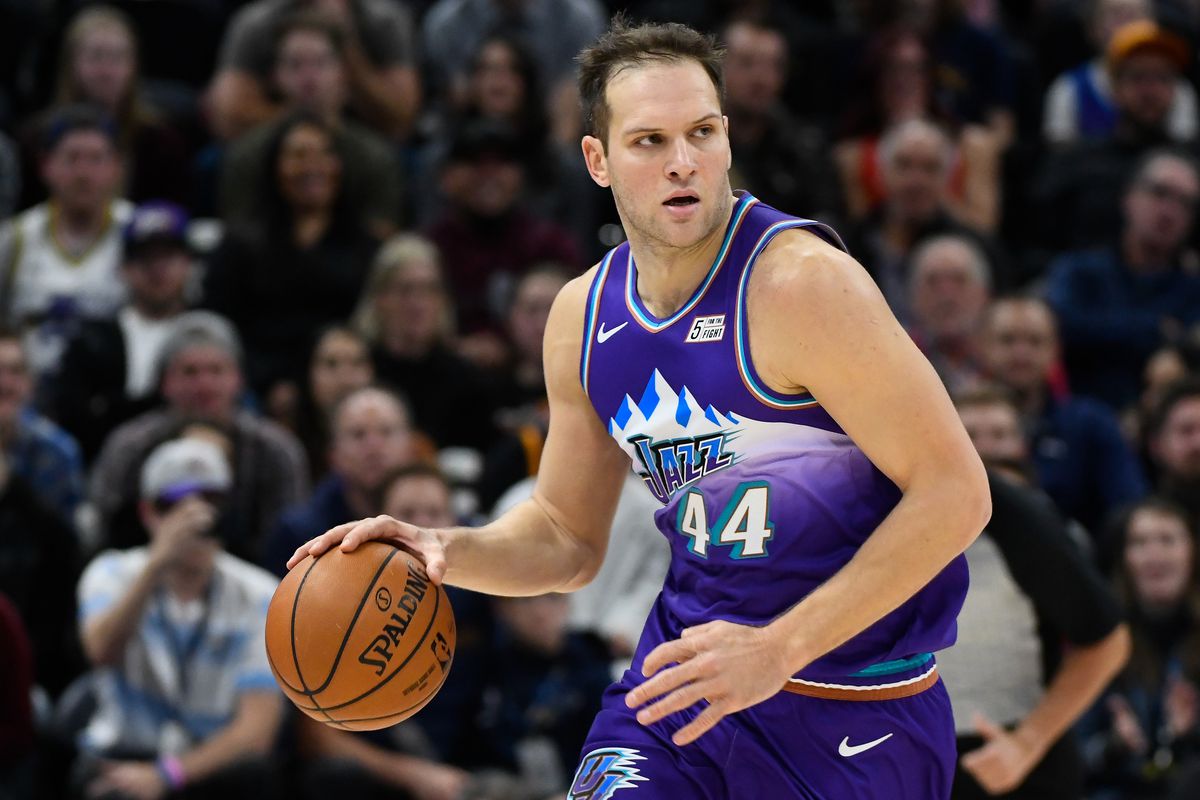 With a win in Detroit, the Jazz went 4-0 on their recent Eastern Conference road trip which included an impressive win in Boston.

The Utah Jazz’s recent streak of runs continues with their win in Detroit.
Five players finished in double figures led by Bojan Bogdanovic’s game-high 32 points on 12-of-18 shooting in 34 minutes.
Donovan Mitchell was the other key contributor with 25 points on 8-of-14 shooting. from the field.

The hosts were led by Christian Wood, who set a new career-high with a 30-point outing (13-of-24 FG). Wood scored 13 points (5-of-6 FG) in the third quarter when the Pistons fought back into the game by outscoring the Jazz 34-24.

The Jazz led by as many as 22 points in this one but needed to withstand a furious second-half rally by the Pistons to eventually win by the slim margin of six (111-105). After being down by 22, the Pistons tied it up at 79 with 10:38 to go in the fourth quarter.

However, the visitors then pulled away with a 21-5 run over the next six minutes. During this run, the Jazz went 7-of-8 from the field and were led by Bogdanovic and Mitchell, scoring seven points apiece while holding the Pistons to 1-of-10 from the field.

As an update to the below tweet, in the last 22 games, the Jazz have been dealing in winning and losing streaks all season.

Courtesy of this win, the Jazz swept their four-game road trip, which included wins in Boston. Meanwhile, the Pistons have now lost 10 of their last 11 games.

The views expressed here do not represent those of the NBA or its clubs.